Swarthmore Fun Fair- Rotaract members  participated in the annual Fun Fair in the Ville of Swarthmore, selling pretzels and face-painting
Cups for a Cause - Rotaract co-hosted a fundraising bake-sale with Solis for a woman's shelter
Movie Nights: Rotaract hosted two movie nights to get together as a club and spend time with one another
Rotary UN Day: in November, Rotaract Members visited the United Nations Headquarters in NYC for their second year.
Cradles to Crayons Volunteering: in October, Rotaract members volunteered at Cradles to Crayons helping with various activities 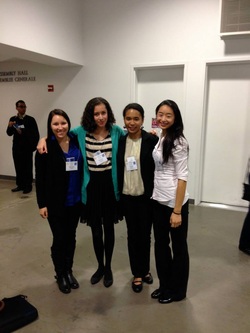 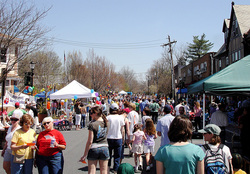 Rotary Fun Fair: The annual Swarthmore Charity Fun Fair was held this past Spring in the  Ville and featured vendors, music, food and inflatable slides.  All proceeds from the Fair benefit a number of charities and non-profit organizations, with the Rotaract Club participating in raising funds for the Pulsera Project, as well as the Lincoln Reimagine Project that provides financial grants directly to local community groups such as ABC Houses and the Chester Children's Chorus. 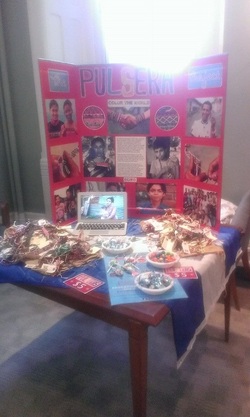 Pulsera Project Sale The Pulsera Project is a non-profit organization that supports Nicaraguan communities by providing fair trade employment through the sale of colorful, hand-woven bracelets called pulseras. Shelter youths, independent families as well as co-operatives in Uganda and Guatemala in Nicaragua rely on this project for their incomes.


On April 22nd, Swarthmore Rotaract Club sold pulseras to the college community raising proceeds in support of The Pulsera Project. Pulseras will continue to be sold at the upcoming Rotary Fair on April 4th.